Thank God always for the happiness and beauty of life - it is beautiful
Venerable Mary Potter's Last Words
Back
Associate Reflection: November 2021

Venerable Mary Potter’s anniversary of her birth occurs on 22nd November.
Venerable Mary’s spirituality is so crucial in these harrowing times when many are dying not just physically but in mind and spirit. Accordingly, we embrace Mary’s message of loving
mercy for those who in this overwhelming climate, increasingly need love and care. One anecdote about Venerable Mary that touches my heart. Mary always kept her door
open, in invitation, ever ready and willing to listen, listen to the stories of those in need. 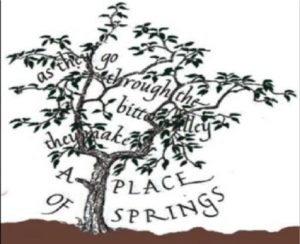 As they go through the bitter valley,
they make a place of springs

“Suffering is the touchstone of Love” – Venerable Mary Potter

Looking at the artwork “The Old Woman” by Rembrandt I was reminded of a dear lady I met who
chooses to live outdoors. She explained she was unable to sleep within four walls as she was
constantly abused in her room by her alcoholic father and haunted by the image of her mother
fearfully cowering in a corner of the family kitchen. This lady transformed others as they were
listening to her story, they too were being slowly drawn into her physical and spiritual pain.
From her weakness and her overwhelming pain laid bare,
a new strength had emerged, that of mercy. Through her illness and her great suffering,
she had inadvertently called forth acts of mercy from
others and had created the possibility for accomplishing these acts. 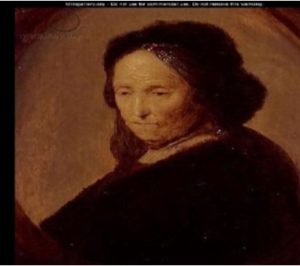 The Old Woman by Rembrandt

Mother Teresa tells us of an interaction she once had illustrating how mercy can transpire through suffering. Mother Theresa recounted, “Someone once told me that not even for one million dollars would they touch a leper, I responded: “Neither would I. If it were a case of money, I would not even do it for two million. On the other hand, I would do it gladly for the love of God as an act of mercy in His Name”.

John Paul 11, after visitations with the sick when he was a bishop in Krakow confided, “Only later did I grasp the profound mystery of human suffering. In the weakness of the sick, I saw emerging ever more clearly a new strength- the strength of mercy”.
John Paul 11 Rise Let Us Be On Our Way translated by Walter Ziemba 2004 Time Warner Book Group, New York

Venerable Mary Potter wrote in her book Spiritual Exercises, “If our heart is touched with love for others, we shall be continually moved to pray for them: our thoughts, our actions will be prayers.”

I laid bare my suffering
Words rushing towards you like a raging stream
You were steady, like a rock in the midst of the edifice of my suffering
Offering your mercy, sharing your solace
You asked nothing of me, but you knelt and prayed on bended knee
I, longing for some peace
Longing for this dreadful pain to cease
I held on
I held on to you, as the waters raged
Thanks be to the Lord Our God, that I was revived
Mercifully I float in calmer waters now.

Lord, we follow you to Calvary
As we bear witness to the suffering and despair in our midst
Turn our hearts, actions, and prayers to those in need
To glorify You and Your great mercy.

After contemplating the life of Mary Potter, the Forward, Commentaries, Verse and Prayer written By Janeen Kovac