1914 – The Sisters returned to Christchurch.  The foundation and Lewisham (later re-named Calvary) Hospital was established.

Over time, other Calvary / Mary Potter hospitals, rest homes, hospices and convents were established in Wellington, Hawera and Invercargill.

1954 – Approval given for a community to be established in Hawera, Taranaki.

1956 – November – The Province of the Blessed Sacrament established in Aotearoa New Zealand.

1957 – Mother Aloysius was appointed as the first New Zealand Provincial.

1962 – Calvary Psychiatric Day Clinic opened in Christchurch – the first of its kind in Aotearoa New Zealand.

1974 – The Little Company of Mary Sisters in Aotearoa New Zealand extended their Mission to the Kingdom of Tonga.  For more information about the LCM in Tonga, please see below.

1979 – The Mary Potter Hospice opened in Wellington – the first of its kind in Aotearoa New Zealand.

1980’s and 1990’s – Changes in the healthcare systems meant the Sisters’ ministry moved away from providing hospitals, hospices, clinics and rest homes.

1987 – The Mary Potter Hospice was gifted to the City of Wellington.  This hospice continues to be administered by a Charitable Trust.

1990’s – 2006 – The Sisters refocused their ministry towards supporting older people, particularly those in need and those who are lonely and isolated.  This ministry commenced with the development of the Mary Potter Courts in Christchurch.  The Courts comprise 35 affordable and accessible rental villas for independent older people of limited means.

2007 – The Mary Potter Community Centre was opened.  Set in the beautiful “Italian Garden”, the Centre is used for the ministry to reduce isolation and loneliness.

The Mary Potter Community Centre is the Administration office for the Little Company of Mary in Aotearoa New Zealand and the Kingdom of Tonga.  It is a Spiritual and Activities hub for the wider community.  An Activities programme is provided to assist seniors who may be isolated or lonely through ill health or reduced activity.

The Mary Potter Community Centre is also made available for other users and activities, which fall within the wider spirit of the ministry and mission of the Little Company of Mary.

2010 – 2011 – A series of major earthquakes caused significant damage to the LCM land and buildings in Christchurch. 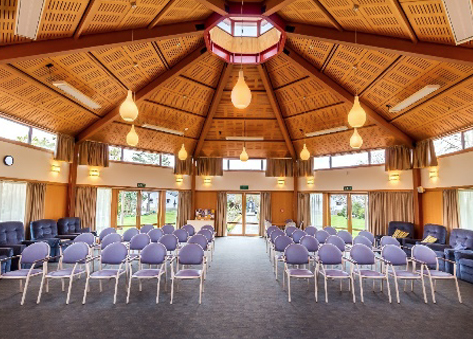 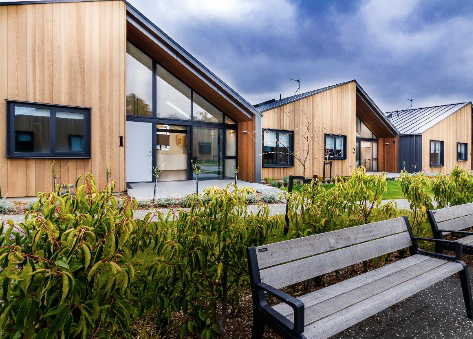 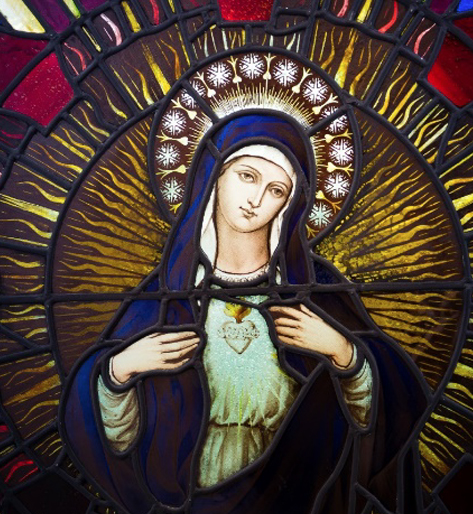 The Maternal Heart of Mary. Stained-glass window originally installed in the LCM Chapel in Christchurch, now part of the Mary Potter Community Centre.

Today – People continue to reside in the 47 houses, living independently, watching out for each other and enjoying access to the Mary Potter Community Centre.